To say 2020 was a rough year is like saying nothing at all. I still have fresh memories of it so I'm going to jot them down before they evaporate so that I can have a moment of oddly-directed nostalgia in 2030.

I started responding to LinkedIn messages and landed a few interesting job interviews. Sadly, all of them ended up disastrously due to major misunderstandings on recruiters' end. This made me lose faith in my skills and shattered all the remnants of belief in LinkedIn as a serious service for serious people wanting to close serious deals.

I had a car on a long term rental and was commuting daily to work. Scarcity of parking space effectively taught me to wake up early. I enjoyed driving through the city shortly before the traffic peak even though it was taking two hours of my lifetime a day.

Jokes about some Chinese virus started spreading at my workplace. We kept shaking hands though. 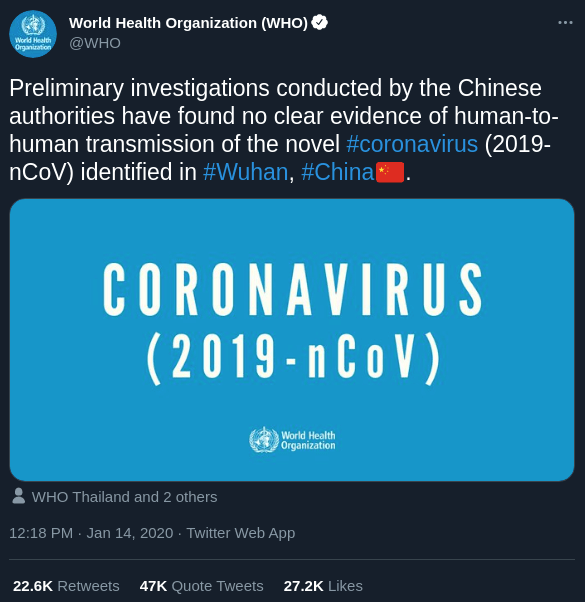 I bought a train ticket, booked a bed and went to Wrocław for the Dance with the Dead concert. This was my third time visiting that city and I loved coming back to it again. Headbanging to Dance with the Dead made me tired, but the real unappreciated gem was Das Mörtal as a supporting artist. His set was incredibly atmospheric. I'd love to hear him live again.

In the office, we stopped shaking hands. Some of us started using a gesture that is politically incorrect but the most hygienic of them all. I won't tell you what it looked like but you may want to search 'Roman salute' in Wikipedia.

A wild animal ran into the road while I was driving home and my car gets got totaled. No humans were hurt but my 150hp Opel Astra was no longer usable and I had to pay a penalty fee. For two months I'd use a replacement car, a shitty Nissan Juke. I was also presented with offers for a new rental agreement but none of them looked interesting. I even started visiting car dealerships and I learnt they offered long term rentals as well.

On March 4th first coronavirus case in Poland was reported.

Two weeks later the national lockdown began. We were sent home by a text message from my boss. For a few days I was struggling with remote access to the projects I maintained as I was one of the few members of my department who never worked from home before.

I couldn't get toilet paper or pasta in any of the shops in my area. Friends on WhatsApp reported product shortages too.

I bought a batch of face masks. They immediately became my primary piece of clothing next to a wristwatch.

Talking to my mum on the phone I figured that every single generation had to deal with a major historical event within their lifetime. My grandma had witnessed World War II. My parents had seen the collapse of communism in my country in 1989. I, for a change, was observing a worldwide pandemic unfolding. In fact, until March 2020 I had no idea the word 'pandemic' existed at all.

News of layoffs in multiple industries started spreading. The situation got quite stressful but no official news from my company was released. Some of my workmates changed their LinkedIn statuses.

Almost all of our work communication switched to Microsoft Teams. This was the first time in a few years when I could reach every single workmate in my company, including the CEO and board members, with a single messaging app. Until then I had to use goddamn Skype or Microsoft Lync or Google Hangouts. Two of those I never had installed.

Weeks later it turned out we were working just as efficiently as we did before the lockdown, maybe even better. Most of us were enjoying working from home. More time for getting things done, easier to stay focused.

I watched interesting streams on Twitch. In one of them, a teacher used a VR headset and Half-Life Alyx as an aid.

I spent Easter alone at home. I learnt to cook white borscht.

I learnt what Zoom was.

I was following news about contact tracing API baked by Apple and Google as well as national apps consuming it. The one used in my country turned out to be a PR nightmare. Even former developers advised against using it due to serious privacy concerns and unsolved inaccuracy issues.

I purchased a ticket for a Scooter concert in October 2020. At that time I was deeply believing the pandemic would have been over before the end of 2020.

I learnt about anti-vaxxers and observed massive spread of misinformation. Conspiracy theories, much to my dismay, became a mainstream topic that couldn't be killed with laughter or merciful silence. I explained to my mum how YouTube works and why exactly that fun guy on YouTube was talking bullshit about flat Earth alongside his usual health-related advice.

Presidential election, done via postal voting, was expected to happen. It eventually didn't, but 70 million PLN was spent on it nonetheless. Derived from the name of the minister responsible for organizing the election, we adopted a 'sasin' as a numerical unit worth 70 million.

A company I had bought corporate bonds from in 2018 started showing signs of incoming bankruptcy. At the time I'm writing this it entered restructuring phase which is supposed to save me and dozens of other investors from inherent money loss. If everyone is supposed to lose something due to the pandemic, this is going to be my biggest loss. And it's still better than losing a job.

We came back to the office. Half of us was working on-site, another half remotely. I had hard time working from the office, especially during meetings on Microsoft Teams when some of my workmates were sitting next to me and I could hear them twice. I didn't figure out how to mute selected people on my end like it was possible on Teamspeak.

The pandemic wasn't stopping and we were sent back home again. 10th September was the last day we've been working on-site. I marked the date in my desk calendar.

I officially ran out of steam at work. While I still enjoyed working from home, the work itself really wore me off. I was snoozing my alarms multiple times in a row. I was no longer stressed about losing my job but I was also bored to death.

I also started accepting weekend shifts at work. They were paying well and required very little to do. The only thing that was missing comparing to prepandemic shifts at the office was free pizza.

I spent Christmas with my family. For the first time since totalling the Astra I rented a car. They brought me a Nissan Juke. Aaaaw, dammit, not this crappy crossover again. At least it had automatic transmission and that made it much more pleasurable to drive.

I landed 10 job interviews within a single month. All of them, except one, failed. I also turned down that one offer that succeeded because... nah, maybe some other day I'll get back to this. But I was so close to turning this around and failed big time on that day.

I bought a Nintendo Switch. Animal Crossing: New Horizons saved my sanity in most critical moments.

I once again spent Easter alone at home. I learnt to cook red borscht with traditional beetroot sourdough.

For a few days I couldn't smell or taste anything. I could eat onions or hot sauces without even smelling anything. I didn't observe any other disease symptoms. I wasn't brave enough to get tested though. Having heard of healthcare crisis happening I decided I wanted to stay away from it for as long as I could.

I got a vaccine appointment within 5 minutes since the registration was opened and got vaxxed with AstraZeneca at the very next day. I spent next 24 hours dying. Then I got back from the dead as if nothing had happened. My next jab was scheduled for the end of July.

For the first time since months we had an office day at work. I saw my desk calendar again. It had stopped on 10th September 2020.

It was the least productive day I've ever had at work.

I bought a ticket for the Scooter concert in Warsaw in October 2021.

To hopefully not be continued.